Warning: Surgery and other graphic imagery may be displayed on this page.
BRACHYCEPHALIC SURGERY- soft palate resection, sacculectomy, nares resection

Dogs breeds like French and English bulldogs, Boston terriers, Pugs and Pekinese all have a head shape that is shorter and the structure of the throat and muzzle causes breathing obstructions. These dogs belong to a breed known as the “brachycephalic” breed, which translated means having a short head. They display this characteristic because they have specifically been bred like this. However, due to the structure of the head, the breathing tubes and throat are smaller and flatter. These characteristics are shared by Persian cats as well. Image 1 shows a dog with these characteristics. 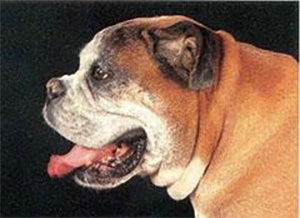 Image 1: Dog form the side, presenting with Brachycephaly. 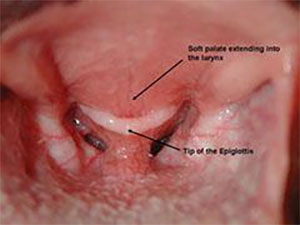 Image 2: Examination of the oral cavity which shows the elongation of the soft palate, and the larynx. 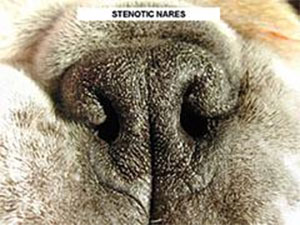 Brachycephalic Syndrome is diagnosed if the dog has stenotic nostrils, an elongated soft palate, and laryngeal saccules which are everted.  These characteristics are common in all the breeds that are listed above.

A soft palate which is elongated (Image 2) is defined by the palate being longer than normal and the tip extends to airway passages.  The air that is moved to the lungs is obstructed by this anatomical variation.  Stenosis of the Nostrils,  as Image 3a, means that the nostrils are deformed and subside inwards when the dog inhales, causing difficulty in breathing via the nose.  Laryngeal Saccules that are everted (Image 4) occur when the tissue in the air passage, found just before the vocal chords, pulls towards the windpipe, also known as the trachea, and this impedes the flow of air.

Dogs that are diagnosed with brachycephaly usually have a narrower windpipe, a collapsed larynx (cartilaginous structure in upper part of the air passage) and show signs of the larynx being paralysed.

Image 4: Laryngeal saccules that are everted seen via the oral cavity.

Noisy breathing is one of the first signs in dogs who display Brachycephaly.  This is more prominent when the dog is inhaling. Certain dogs will have a gag reflex when attempting to swallow and will show an intolerance of exercise.  Usually their gums and their tongue turn blue if they are over-exerted in any way.  Collapsing is commonly experienced, particularly after strenuous exercise. Being overly excited or when the weather is hot and humid also cause the symptoms to flare up.   The condition will be worse if your dog is overweight.  Dogs with laryngeal elongation prefer sleeping on their back as this seems to alleviate the blockage of the air passage by allowing extra tissue to lie flat. Everted laryngeal saccules and Stenosis of the nostrils have the same symptoms as above and for this reason, are not discussed individually.

Stenotic nostrils are usually evident during an examination of a physical nature and require no imaging as seen in image 3. However, diagnosis of everted laryngeal saccules orelongation of the soft palate is only achieved through undergoing an anaesthetic. Breeds that present with brachycephaly commonly have a thicker tongue, rendering visual inspection that is required impossible while the animal is awake. Trying to keep the dog still and position the tongue in a manner that the larynx is visible proves futile if the dog is not anesthetized.  Under anaesthetic, a positive diagnosis is made if elongated soft palate extends past the epiglottis’ tip (airway entrance). If the case is particularly bad the soft palate will stretch into the opening of the larynx. The soft palate tip and laryngeal edges appear swollen.  In cases where the condition is chronic, the laryngeal cartilage becomes inflexible and starts to collapse, which narrows the air passage further.  The appearance of laryngeal saccules which are everted is a bluish to grey colour with masses that stick out into the air passage just before the vocal folds, as seen in Image 4. The veterinarian might advise that radiographic images of the chest be obtained so that your pet’s lungs and lower air passage can be evaluated. 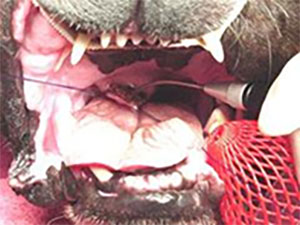 Image 5: Incision made to an elongated soft palate using a laser.

Abnormality of the breathing system needs warrant treatment if your pet shows any signs of being distressed.  Without treatment, breathing problems may become worse, and even pose a threat to your dog’s life.  Signs of your pet gagging, presenting with a cough, being intolerant of exercise or battling to breathe need to be assessed. Treatment to remove excess tissue found in the soft palate might become necessary.  This procedure is called a staphylectomy, where a scalpel, a pair of scissors, or a CO2 laser is used (Image 5).   It involves stretching the palate (Image 6) and removing any additional tissue using the above tools. 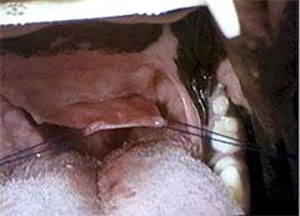 Image 6: Stretching of the palate prior to trimming. 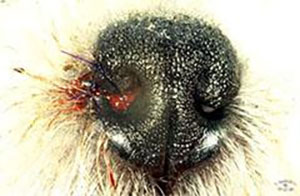 Image 7: Stenotic nares which has been fixed is seen to the right. 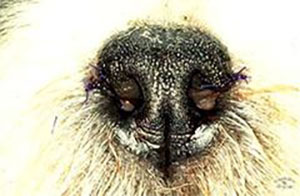 Image 8: Nose subsequent to being widened.

You will need to closely monitor your pets after the surgical procedure.  Significant swelling and haemorrhaging can cause an obstruction in the air passage affecting the ability of the dog to breathe.  Sometimes a tube is placed into the trachea, known as a tracheostomy. This tube aids ventilation until there is less swelling and the dog can independently breathe.

Observation of the pets in hospital is usually twenty-four hours. Coughing and post-operative gagging are expected. When the cartilage of the larynx has developed inflexibility, usually in chronic cases, the normal procedures as discussed earlier may not suffice to bring relief.  This then necessitates the opening of a permanent hole in the trachea, also known as a permanent tracheostomy.  This procedure has its own complications which will need to be managed.

Young animals tend to have a better prognosis.  Their breathing is usually not as compromised by the procedure as older dogs.  They can usually participate in more physical activities.   Aged animals have a lesser prognosis, particularly when the larynx has begun collapsing. In advanced cases the recovery rate is poor.

Brachycephalic airway in a dog: