Warning: Surgery and other graphic imagery may be displayed on this page.
LUXATING PATELLAR – Tibial Crest Transposition

The patella, or kneecap, is a small bone buried in the tendon of the extensor muscles (the quadriceps muscles) of the thigh. The patella normally rides in a groove within the femur (thigh bone) in the knee. The patellar tendon attaches on the tibial crest, a bony prominence located on the tibia (shin bone), just below the knee. The quadriceps muscle, the patella and its tendon form the “extensor mechanism” and are normally well-aligned with each other. Patellar luxation (dislocation) is a condition where the knee cap rides outside the femoral groove when the knee is flexed. It can be further characterized as medial or lateral, depending on whether the knee cap rides on the inner or on the outer aspect of the knee respectively.

Patellar luxation is one of the most common orthopaedic conditions in dogs, diagnosed in 7% of puppies. The condition affects primarily small dogs, especially breeds such as Boston and Yorkshire terriers, Chihuahuas, Pomeranians, and miniature poodles. The incidence in large breed dogs has been on the rise over the past ten years, and breeds such as Chinese Shar Pei, Flat-Coated Retrievers, Akitas, and Great Pyrenees are now considered predisposed to this disease. Patellar luxation affects both knees in half of all cases, potentially resulting in discomfort and loss of function.

Patellar luxation occasionally results from a traumatic injury to the knee, causing sudden severe lameness of the limb. However, the precise cause remains unclear in the majority of dogs but is likely multifactorial. The femoral groove into which the kneecap normally rides is commonly shallow or absent in dogs with non–traumatic patellar luxation. Early diagnosis of bilateral disease in the absence of trauma and breed predisposition supports the concept that patellar luxation results from a congenital or developmental misalignment of the entire extensor mechanism. Developmental patellar luxation is therefore no longer considered an isolated disease of the knee, but rather a consequence of a complex skeletal abnormalities affecting the overall alignment of the limb, including:

Because there is evidence that this condition is at least in part genetic, dogs diagnosed with patellar luxation should not be bred.

Symptoms associated with patellar luxation vary greatly with the severity of the disease. This condition may be an incidental finding detected by your veterinarian on a routine physical examination or may cause your pet to carry the affected limb up all the time. Most dogs affected by this disease will suddenly carry the limb up for a few steps (“skip”), and may be seen shaking or extending the leg prior to regaining its full use. As the disease progresses in duration and severity, this lameness becomes more frequent and eventually becomes continuous. In young puppies with severe medial patellar luxation, the rear legs often present a“bow-legged” appearance that worsens with growth. Large breed dogs with lateral patellar luxation may have a “knocked-in knee” appearance.

The diagnosis of patellar luxation is essentially based on palpation of an unstable knee cap on orthopaedic examination. Additional tests may be required to diagnose conditions that can be associated with patellar luxation and help your ACVS board-certified veterinary surgeon recommend the most appropriate treatment for your pet. These may include:

Over time, the kneecap may dislocate more and more often out of its groove, eroding cartilage and eventually exposing areas of bone which leads to arthritis and associated pain.  Other structures in the knee may become more strained, potentially predisposing to a ruptured cranial cruciate ligament. In puppies, the abnormal alignment of the patella may also lead to serious deformation of the leg.

Patellar luxations that do not cause any symptoms should be monitored but do not typically warrant surgical correction, especially in small dogs. Surgery is most often considered in grades 2 and over. Surgical treatment of patellar luxation is more difficult in large breed dogs, especially when combined with cranial cruciate ligament disease, hip dysplasia or excessive angulation of the long bones.

One or several of the following strategies may be required to correct patellar luxation:

The combination of procedures that will best address the problem are selected on an individual basis by the veterinary surgeon that has examined your pet.

The veterinary surgeon that has operated on your pet will best be able to advise you and establish a personalized postoperative treatment plan.

Over 90% of owners are satisfied by the progress of their dog after surgery. The prognosis may be less favorable in large dogs, especially when patellar luxation is combined with other abnormalities, such as excessive angulation of the long bones or hip dysplasia.

Recurrence of knee cap instability is uncommon. Migration or breakage of surgical implants used to maintain bones in position and infections occur rarely. 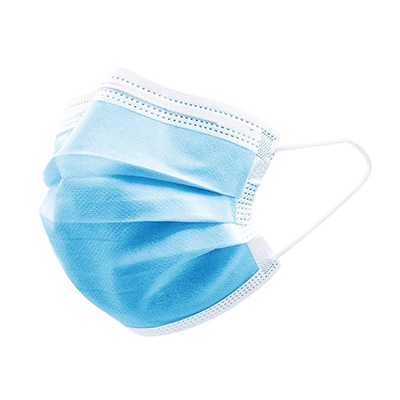