Lorna graduated from the University of Dublin in 2004. On graduation, Lorna was awarded a travel & research bursary which she used to fund a trip to Africa where she worked with a local charity treating & neutering feral animals. This unearthed a love for travel, so for a couple of years Lorna worked her way around the globe, assisting charities in India, Indonesia & Peru. Her love of travel took Lorna to Australia in 2010 for a 1 year adventure that did not go quite according to plan. After 12 months in a rural small animal practice, Lorna took a position at the University of Melbourne as a clinical tutor in the emergency & critical care department. Lorna was later promoted to lecturer in ECC and spent 9 years in total at the University.

During her time at the University, Lorna gained her Memberships with the Australian & New Zealand College of Veterinary Scientists in emergency and critical care (ECC). Since achieving this, Lorna has also taken an active role as an examiner for the ANZCVS in ECC. Lorna also completed a graduate certificate in clinical teaching through the University of Melbourne. Following completion of this Lorna went on to author and teach “Animal handling and Clinical skills” to DVM 1, 2 and 3. Lorna also co-authored the graduate certificate in ECC currently offered through the University of Melbourne. Lorna is passionate about all things ECC. 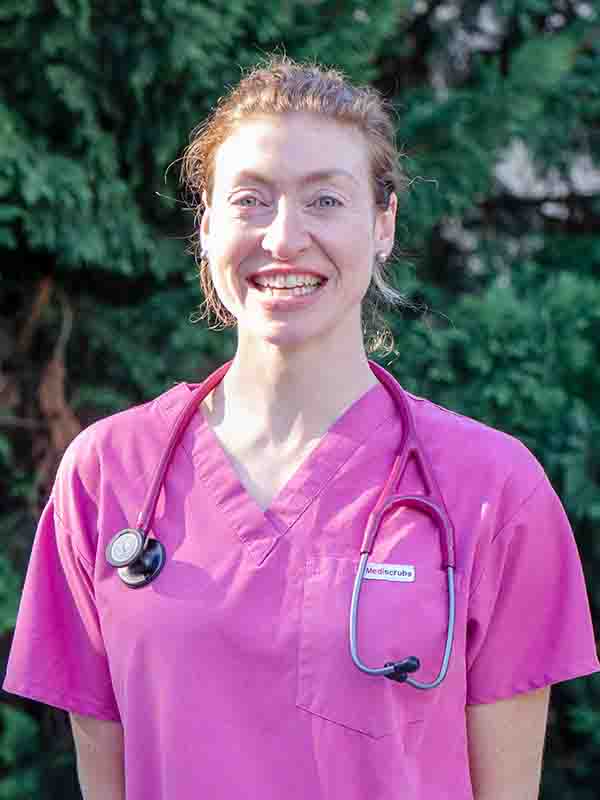